Having a Long Term Perspective 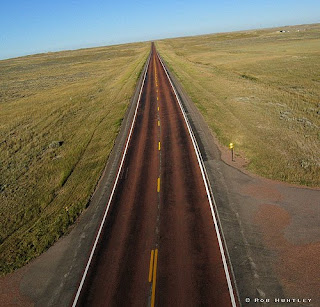 Hi,
This year, when I've talked about my financial goals to people I've had such remarks as "You can't take it with you" and "There's no point being the richest man in the graveyard".
It's neat that these people are usually trying to make me enjoy myself more, so as a quick thank you to them (and because it's been on my mind for a while) I'm writing this post.
Most people who've achieved anything significant have had a long term persepctive. Let's go through a few examples. Chuck Palahniuk, George Orwell... MANY writers didn't have anything published until they were in their thirties. For years before that, they were practising their writing, getting good, then getting rejected many times before society at large realised they were good. Did they give up just because they got rejected? No. Writing is what their life was about, and to give up on it would have been like giving up on themselves. So through all their rejections they carried on, and still believed they would be a famous (and meaningful) writer one day. For a lot of writers, it's only after they're dead that they're appreciated, but many know that will be the case when they're writing anyway.
(Just from my perspective here... I do definitely want to write more, but it's whether society will reward me enough while I'm alive to do it... we'll see.)
Let's bring it back to money. In the UK in many of the jobs I've done, as soon as people get ANY money they just spend it. Throughout their life they will have either little or no money saved (in fact many of them will be in thousands of pounds of debt... which many will never pay off. Society thinks that's OK, but I don't. I think people should be responsible for themselves.)
Now they're just doing what makes them happy, or gives them an instant buzz, but that's not how I want to live my life. I wouldn't want to be dependent on government handouts, or worry about money. Like I've said, money is just like a score in a video game to me... but if you've got enough money you can do things, challenge your body and mind, that you couldn't do without it.
Also, if you want to get a lot of money usually you have to be patient and prudent. Read Think and Grow Rich and The Millionaire Next Door for monre info on this. Getting rich generally follows what Brian Tracy calls 'The Law of Accumulation'... small efforts add up to something big.
Posted by Huddersfield Mark at 08:11