Quick tip... when negotiating there's often a case of someone buying into another's 'frame'. So someone might ask you to 'pop over' to see them. So they're saying two words, and expecting you to make an investment of time and petrol. I have fallen for this once this year by conforming to 'social norms' or just not doing enough research, but won't in future.
Best frame is 'win win'... where both people want positive outcome, and will invest similar amount.
Posted by Huddersfield Mark at 09:55 1 comment:

I read a lot of books when I was younger. I was in awe of most of the writers. Especially reading John Updike... such an amazing flow. I read as much of him as I could. It staggered me how many books he'd written... I was like "Fuck John... you're a great writer and you STILL have time to read everything... don't know how you do it."
John Updike died a while ago. Rare for a writer, it was even in the news. I haven't really had chance to think about it much, too busy doing sales, but if you want to think about it from a writing perspective it's a tragedy for the world.
I've read quite a lot of interviews with Updike and the interviewers were trying to find out his 'writing secrets'. He was like, I just write everyday. If your readers write everday they could become good writers and write books too.
Well... it's a bit different from that. You have to have intelligence, bit of luck perhaps, people supporting you... if you want to get a book published conventionally it's very hard. But writing each day is an essential part of it.
Everyone dies. People eventually slow down when they're alive. It's happening to my father now to an extent. When I was a runner at 14, I thought that I would just keeping getting faster as I got older. You don't.
With mental activities it's different to physical ones though. If you keep doing something every day... well you might not be the best alive, but you might become the best in your town or city.
Quick shout out here too... recently became friends with Bernard Cornwell on Facebook. Interviewers asked him if he ever got 'writers block'... he said nurses don't get nurses' block. Offered to reivew 'The Pagan Lord' here, maybe that will happen, maybe not. TBH... I might even buy it. Someone gave me a book token. 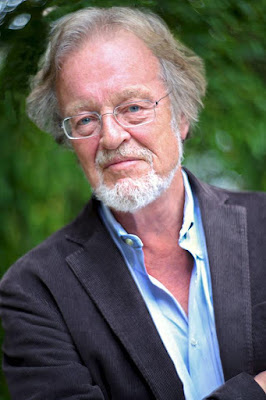