Just bought @ITV ... quality share at a decent price. I like @ITV better than @BBCNews . Goes ex div tomorrow a buy at these levels.
Posted by Huddersfield Mark at 08:51 No comments:

@MarkHowitt
11s11 seconds ago
More
I will be in Manchester tonight from 6pm with Richard Howitt and @DeanStaveley for the Scottish Mortgages Investment Trust seminar at the Midland Hotel. Should be an interesting event and I look forward to networking.
Posted by Huddersfield Mark at 04:22 No comments:

Over 101,000 views on www.markhowitt.blogspot.com now along with a bit of political writing...

There's quite a lot more I could write politically... and some people wouldn't like it. Don't just have this idea Britain is all about fair play and free speech- it isn't. But at the end of the day everyone is doing what they think is best for themselves and I can't be intimidated by other people. That's not what being a writer is about. So stay tuned for more writing...
Posted by Huddersfield Mark at 06:45 No comments:

Decent start for shares today... will be watching to see if the Tories get rid of May... they should do!

Decent start for shares today... will be watching to see if the Tories get rid of May... they should do!
Posted by Huddersfield Mark at 09:21 No comments:

Over 4000 views JUST from the UK to www.markhowitt.blogspot.com in the past month... getting more popular :)
Posted by Huddersfield Mark at 11:17 No comments:

It only takes 48 Tory MPs to write a letter wanting May out to trigger a vote. It may well happen...
Posted by Huddersfield Mark at 11:13 No comments:

@MarkHowitt
5s6 seconds ago
More
Walk everyday is important... good chance to think. Might do more than 1 walk a day.
Posted by Huddersfield Mark at 09:14 No comments:

Anyone Can SAY Anything... but anyone can't DO Everything

Blasting this from my bed...

This is going to be a Facebook exclusive article for now... but will be on www.markhowitt.blogspot.com later...

Anyone can SAY anything but anyone can't DO anything.

"I'm going to fly to the moon in my car tonight. I fancy some green cheese so going to munch on some up there." I can say that. Of course I can't do it.

Actions speak louder than words. Sometimes successful people won't say much at all, they will just do things and win. I probably am guilty myself of 'saying' too much but I do do things every day.

That's why it's really important to review your goals to make sure you're making progress. I check my shares and bank account every day. That tells me how well I'm doing with my financial goal.

With my fitness goal I am going to weigh myself every day and walk every day when possible.

Actions speak louder than words. Make sure you deliver on your goals.
Posted by Huddersfield Mark at 08:07 No comments:

Time for @theresa_may to go. We voted to leave the EU over 2 years ago. British taxpayers don't want to waste any more money on the EU.

Time for @theresa_may to go. We voted to leave the EU over 2 years ago. British taxpayers don't want to waste any more money on the EU.
Posted by Huddersfield Mark at 19:23 No comments:

@IGcom Contacted the @TheFCA about you in effect stealing money from me and will be contacting the @financialombuds if fair compensation is not given.
Posted by Huddersfield Mark at 10:47 No comments:

@IGcom Appalling 'service' from you today regarding @CrestNicholson where the stop was ignored. Graham McLennan also has pathetic 'customer service' skills and should be fired. I want the different back between the closed price and the stop or I am going to the @TheFCA
Posted by Huddersfield Mark at 08:42 No comments:

New Review of Playing to Win

I'm a not a huge novel fan but I decided to take the time to read 'Playing to win' and I can honestly say it was time well spent. Great choice of vocabulary and give me a different prospective on life in the eyes of A young ambitious chess player. Excellent read and I definite recommend. The novel can be read within a week so does not drag on.
Posted by Huddersfield Mark at 11:00 No comments:

Anyone Can Say Anything

Blasting this out on a Monday...

Anyone can say anything. It's free to lie...

Ha, that sounds quite cynical but it's true. The amount of lies that most people tell every day is pretty high.

And there are many reasons why people lie. One might be social intelligence. "Oh darling... you look so great." That kind of shit.

More common though is people saying anything to further their agenda. Like take the EU campaign for example. There were probably lies on both sides, but there certainly were from the 'Remain' side. Apparently Britain was going to collapse if we voted to leave the EU. There would be MASS UNEMPLOYMENT AND A HOUSING CRASH.

Of course none of that happened.

Because people can only GUESS what will happen in the future. Nobody knows.

Remember everyone is doing what they think is best for themselves. So it's no problem for people to lie or say anything to get what they want. In the EU case... a lot of remainers were rich people who thought it would be better for them to stay in the EU, so they'd say anything to try and scare other people into believing it would be 'bad for the country' if we remained.

And then just quite commonly people will like lie or say anything because they just don't know.

Just keep this is mind when you're going for your goals.
Posted by Huddersfield Mark at 06:48 No comments:

Blasting this out on a Saturday...

Saturday is still goal day for me and been making money...

And I've been thinking what my next writing will be...

My instinct is I will be doing some none share writing because I feel you can get a better style with it. I may well do some political writing. I want the flow to be nice and smooth and believe I can do that...

Contact me if you want me to do some paid writing. I'll be able to do a very good value rate... and I've been connecting with some decent people lately.

I feel more motivated than ever before now to achieve my goals and make money. I know to do this I'll have to push my comfort zone and do new things, meet new people... yet I'm ready to do that. Connect with me if we can help each other.
Posted by Huddersfield Mark at 17:39 No comments:

Done another pound on @MarstonsPLC today... it's been oversold.

Done another pound on @MarstonsPLC today... it's been oversold.
Posted by Huddersfield Mark at 09:05 No comments:

Spread @AskLloydsBank again... cheap at this price.
Posted by Huddersfield Mark at 08:32 No comments:

Rest assured now that I am a six figure writer on my personal website there will be more powerful writing to come. My best yet. Keep reading and supporting... what is to come will blow you away.
Posted by Huddersfield Mark at 20:40 No comments:

Blasting this out after a fun night out in Hudds...


Part of me didn't expect to get here this quickly. Another part of me knows I should have been here before now.

This article is mainly for writers...

Understand that I was not supposed to get here. I've been assaulted, ridiculed, written off...

In 2009 I never thought I would have got here... I could barely write.

Understand this shit is nothing compared to what other writers had to go through. You think Nietzsche had it easy? He would have no where near one hundred thousand views of his writing while he was alive. He lived the life of a true writer and philosopher. Best writer of the 19th century though.

You think George Orwell, real name Eric Blair, had it easy? Like he's getting cash from the tv spin off show?

He was dying when he wrote 1984. He died about a year later and that was the best thing he ever wrote.

The truth is that living in the 21st century writers have it easy... in some ways.

But this is a very hard time to make money from writing. To make a living. In a way I don't care though. I'm crying writing this. The flow you get from writing is something you can't get with anything else. True writers never die.

If you're reading this and you're a true writer understand that you have to do it and you have to keep going. Maybe you've had to go through harder shit than I have. Maybe you've been reading me for years. My true readers know what I have written in all different forms.

I sometimes make the tounge in cheek comment that I am 'world famous'. I am not world famous. But I have had people read my writing from most countries in the world. I am a British writer and proud to be one. I have put the Google translate on this site though so you can read it in your own language. And thank you if you're not a native English speaker reading this- I would find it very difficult to read anything in French.

Anyway it's still goal day. Thank you all for reading. There is more to come.
Posted by Huddersfield Mark at 09:17 No comments:

@MarkHowitt
59m59 minutes ago
More
@Financial_Orbit And my readers are WINNERS from ALL AROUND THE WORLD.

@MarkHowitt
1h1 hour ago
More
@Financial_Orbit If you're so keen find some site to get me to write for them for the BARGAIN PRICE of 20 pounds an hour and I'll do it.

@MarkHowitt
1h1 hour ago
More
Replying to @Financial_Orbit
You KNOW I'm doing other stuff other than writing atm... 100,000 post will be powerful.
Posted by Huddersfield Mark at 10:31 No comments:

Mark Howitt
Analyst at Quantom Hanson
now
Doing full time share job with Dean Staveley now for those checking out my profile.
Posted by Huddersfield Mark at 07:57 No comments: 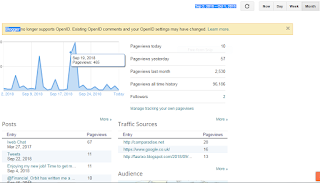 Posted by Huddersfield Mark at 07:42 No comments: